Middle Class Squeeze, or What Happened to the American Dream? 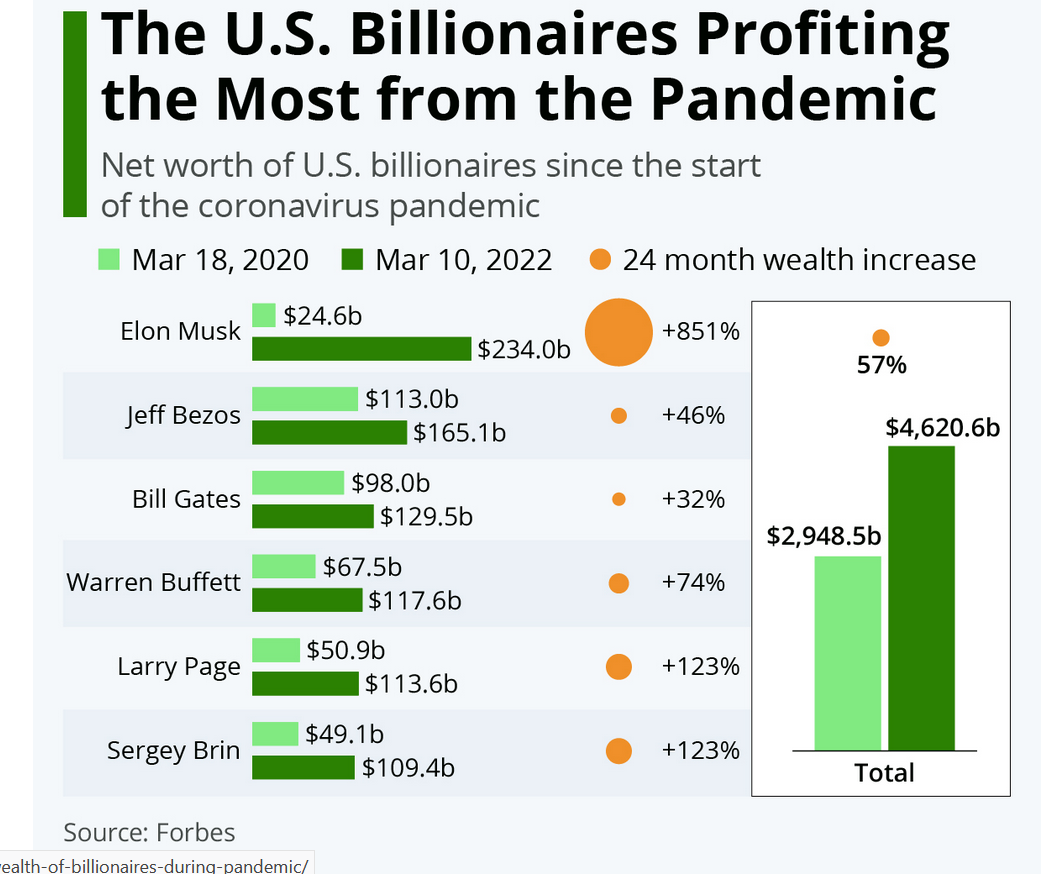 In 2016, Donald Trump announced his candidacy in a meandering speech which is widely remembered for his comments about Mexican immigration. Immigratiotn was, of course, central to Trump’s 2016 success. But the theme with which he closed the speech animated his campaign and gave Trump’s candidacy its central expression.    "Sadly, the American dream is dead," Trump declared as he announced his candidacy. He would “Make America Great Again!” The brash billionaire exploited underlying economic and cultural insecurities among the working and middle classes–the pervasive sense of American decline–and rode the wave to the White House. The middle class has been shrinking for decades and the trend has picked up speed in the new millennium. A 2014 Pew study, titled "America's Shrinking Middle Class: A Close look at Changes Within Metropolitan Areas," analyzed 229 U.S. metro areas and divided American adults into three categories: Low, middle, and upper income. For a hou
Post a Comment
Read more 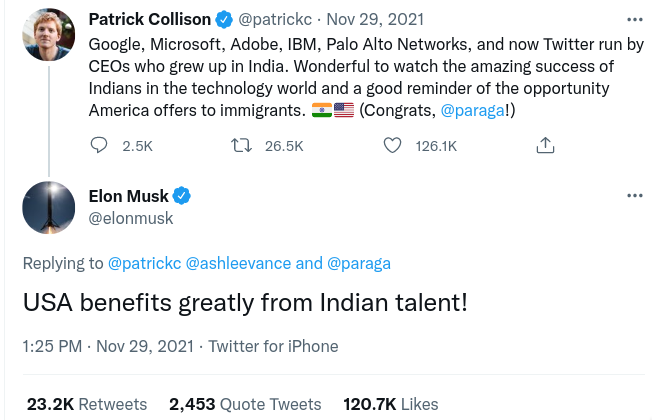 Originally posted on March 1st, 2022 at American Remnant If libertarian ideologues and open borders apologists are right, the best thing about American Big Tech is that Indians are running it . They dominate the executive suite. Parag Agrawal, CEO of Twitter, is just the latest Indian-born executive to rise to the top spot at a U.S. tech company. The heads of IBM, Nokia, Adobe, Pepsi, Google, Microsoft, and Mastercard are from India. Unsurprisingly, since 2009, the United States  has issued more than 1.7 million H-1B visas, 65 percent of which have gone to Indians. Obviously these hard-working immigrants are taking jobs no one wants! According to a detailed 2016 analysis of Asian voters, Indians are a solid Democrat constituency. Only 7 percent of Indians identify with the GOP, while 73 percent of Asians have a favorable view of the Democratic Party. In the general election, just 7 percent of Indians voted for Donald Trump.  But party affiliation is just one problem w
Post a Comment
Read more

Turn Off The Spigot. Time For An Immigration Moratorium

July 01, 2022
Originally posted at American Remnant . As yet another caravan of “migrants” marches toward the southern border like a relentless column of ravenous army ants, the Biden Regime and its lackeys in the Lügenpresse insist that the “Great Replacement” is a “conspiracy theory.” But the demographic transformation of the United States is not only quite real but also escalating while Americans watch helplessly. Let’s look at the data. The Border Patrol has encountered more than 1.2 million illegal aliens so far in fiscal 2022, U.S. Customs and Border Protection data show. And as of the end of April, the regime has released nearly 950,000 aliens into the interior. Indeed, far from trying to stop illegal immigration, the regime is importing illegals as fast as it can. Homeland Security Secretary Alejandro Mayorkas, a Cuban-Jewish immigrant, has repeatedly said he will not deport illegals and openly brags about ignoring statutory mandates that require authorities to detain them.
Post a Comment
Read more

Downward Mobility and the Breakdown of Community: Or What Happened to the American Dream? Part I

May 04, 2022
Careening deep into middle age and having reared three children to (near) adulthood, I find myself  pondering more frequently how the world has changed, making even the recent past a distant and foreign country. I grew up in southwestern Michigan.  Kalamazoo to be precise.  Find Detroit and Chicago on a map and draw an imaginary line connecting the dots.  Stop halfway along this mythical line–which  is really Interstate 94–and you will be in Kalamazoo.    I was born in 1971.  My family was pretty standard–dad, mom and three kids (no dogs…mom never liked dogs).  Dad was a school teacher in a little town about 45-minutes to the west where he was born and raised.  He also did some painting during the summer to supplement the family income.  Mom took care of us.  In truth, while dad was a wonderful man that I admire intensely, he would have been lost in countless ways without mom’s grounded common sense.  My brothers were seven and eight years older than me, having been born just 368 days
Post a Comment
Read more

ALL POLITICS ARE RACIAL AND TRIBAL. CONSERVATIVE POLICY PROPOSALS MUST RECOGNIZE THAT FACT

Cross-posted at American Remnant In coping with identity crisis,”  Samuel Huntington wrote  in  Clash of Civilizations , “what counts for people are blood and belief, faith and family. People will rally to those with similar ancestry, religion, language, values, and institutions and distance themselves from those with different ones. … In a very fluid world, people are looking for roots and connections to defend themselves against the unknown.” At root, politics is about identity, not ideas — and demography is destiny. Transform the make-up of a people and you transform their politics. The ideological politics of the post-WWII period was an aberration and rested upon a largely homogeneous racial and cultural foundation.  Spurred by the forces of modernization and dislocation, politics is being reconfigured. “Red State” and “Blue State” America are increasingly two different nations divided along racial, ethnic, and religious grounds.  The strongest GOP constituencies include Mormons, W
Post a Comment
Read more
More posts

Darrell
I am first and foremost a sinner saved by grace. A disciple of Jesus Christ, I'm Reformed theologically, a recovering Baptist, and a paleoconservative politically. I'm blessed to be the husband of the beautiful and gracious Katherine and father to Andrew, Joshua, and Jackson. Dow Blog was largely established to survey the collapsing cultural, ecclesiastical, and political scene from the vantage point of one meager, lowly Christian who strives, and often fails, to write with language that is full of grace and seasoned with salt.